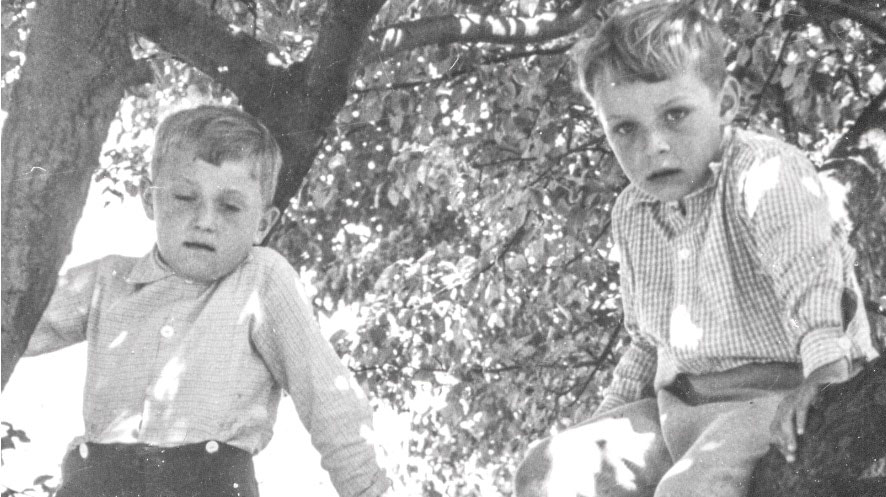 Two brothers grew up in the Midwest with values that shaped their futures and skills that forged a brilliant partnership.

William D. Budinger “Bill” and Donald V. Budinger “Don” were raised in Glenview, Illinois in a family that believed in hard work, honesty, humility and leaving the country better off than they found it.

Both brothers attended Notre Dame, although Don ultimately graduated from the University of Arizona.

After military service, Bill went to work for Dupont in Wilmington, Delaware and Don for Xerox in Phoenix, Arizona.

Bill loved to invent things; he had six patents by the time he was 30. Don’s interest was in sales; he was the #1 Xerox salesman in the country after only four years. 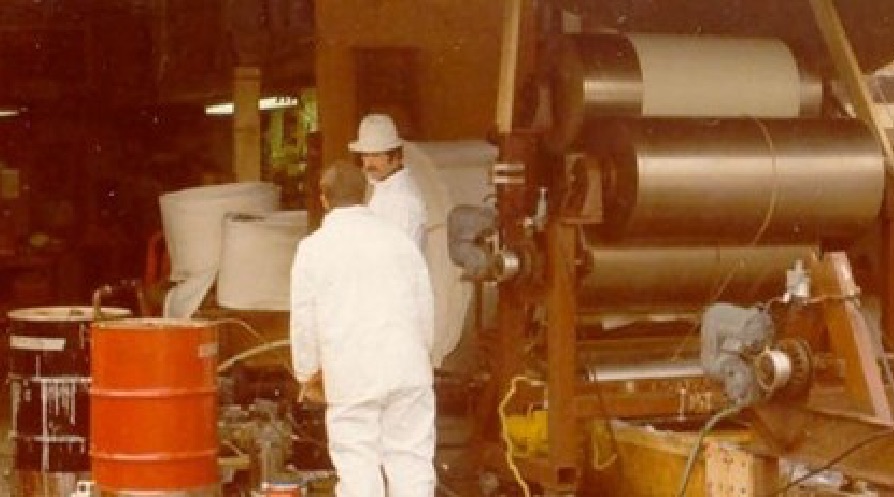 Started in a garage in Wilmington, Delaware, Rodel, Inc. grew to become the world’s largest manufacturer of the surface finishing materials used in the manufacture of integrated circuits (computer chips).

In a bathtub in his home, Bill developed technology for a new ink-distribution roller that significantly improved the quality of the lithographic printing process. Rodel, from “rollers of Delaware” was born.

Ultimately, the greatest opportunity for this technology was in generating an optically flat, atomically perfect surface on silicon wafers – a key step in computer chip manufacturing. In 1985 Rodel and IBM developed the first successful process for planarizing IC chips throughout the manufacturing process. Today, almost all chips are made using Rodel’s materials.

Susan Budinger, Bill’s daughter, joined the company in 1991. Starting in sales, she took on ever-increasing responsibilities including serving on the Board of Directors and overseeing corporate restructuring.

Success came from a steadfast commitment to two values: first, Rodel engaged its employees and ensured that all employees, as well as management and owners, shared in the company’s success, and, second, Rodel insisted on personal and corporate integrity; ensuring that customer benefit drove all sales.

In 1997 Rohm and Haas made a strategic investment in Rodel and ultimately acquired the entire company in 2002. A few years later, Dow Chemical Company bought Rohm and Hass and then merged with DuPont. Today, the original Rodel is known as DuPont Electronic Materials. 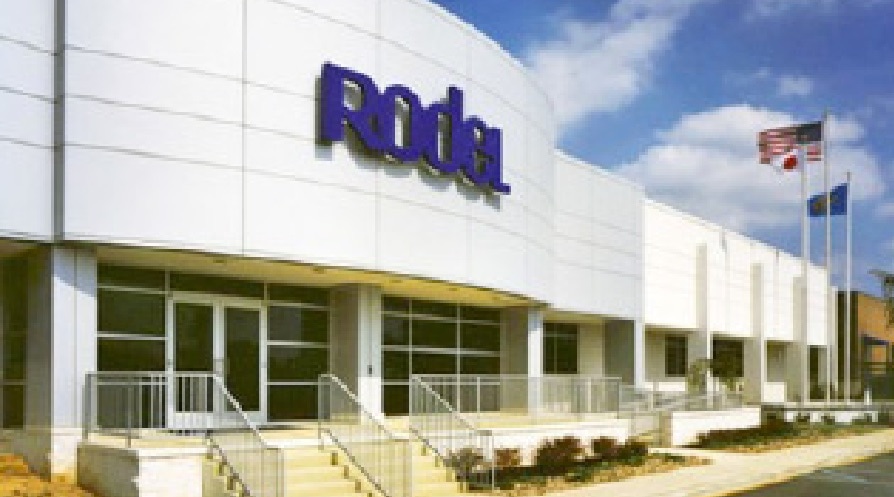 The sale of a successful business made possible the creation of three foundations.

Committed to making a difference and concerned about the status of America’s public education system, Bill, Don and Susan created three foundations into which they invested most of the proceeds from the sale of the company.

The Rodel Private Foundation was also created to address other important challenges from environmental issues to the quality of elected leaders.

Among the notable investments made by the Rodel Private Foundation is The Aspen Institute-Rodel Fellowships in Public Leadership.

The Rodel Foundation of Arizona began its work to improve K-12 education.

Dr. Carol Peck, Superintendent of a low income but high-achieving district, was hired to lead the effort.

Carol and her team designed and implemented initiatives focused on closing the achievement gap and improving student performance.

To foster collaboration, Rodel created “All A’s for Arizona” a platform for key leaders to engage in dialogue and action. 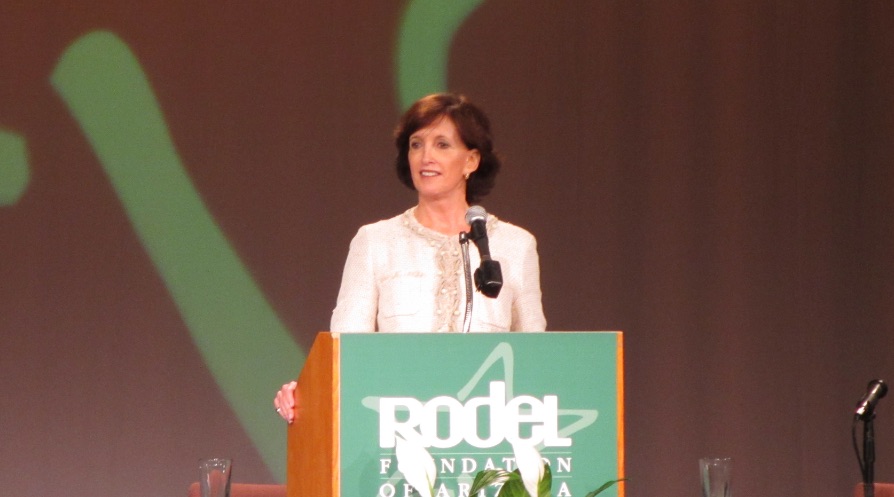 Rodel reflected on its progress toward achieving its mission.

Programs adapted to changing circumstances: MAC-Ro transformed into Math 20/20 in response to Arizona’s adoption of new math standards and the need for intensive professional development for teachers.

First-of-its-kind resources like “Math Power” were created to support families as they adjusted to new expectations. 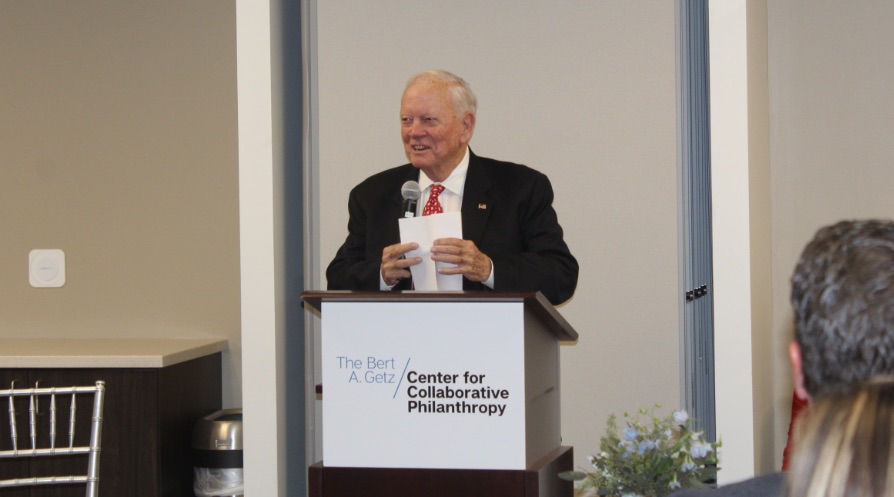 Rodel created the Bert A. Getz Center for Collaborative Philanthropy in partnership with the Arizona Community Foundation (ACF) and made that its new home.

Joining with Governor Doug Ducey and The Center for the Future of Arizona, along with fellow funders, the Arizona Community Foundation and J.P. Morgan Chase, Rodel committed $1.24 million to expand Arizona Pathways to Prosperity.

Recognizing the looming threat of a teacher shortage, Rodel invested along with ACF to produce reliable data to address the issue and develop solutions. The research was shared in Arizona State Funding Project: Addressing the Teacher Labor Market Challenge.

In support of Tucson Values Teachers, who produced the documentary film, Teaching in Arizona, Rodel invested to enable screenings statewide. 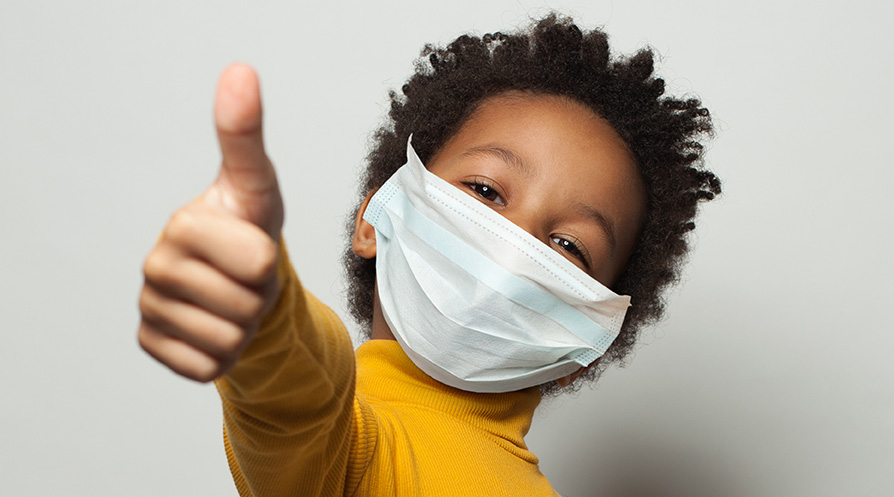 A pandemic changed everything . . .

2020 began as most years do and then the Coronavirus appeared. Educators rose to the challenge of finding alternative ways to teach and families created classrooms in kitchens. The usual debates about education were interrupted by the need to address the urgent issues of health and safety. While the future remains unclear, Rodel is focused on the opportunities presented by such a major disruption and committed to addressing the disparities the pandemic made more obvious.