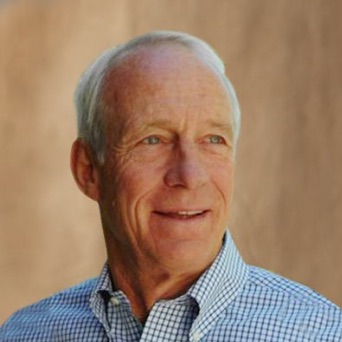 Bill Budinger is the founder of Rodel, Inc., where he served for 33 years as its chairman and chief executive officer. Bill is an inventor and holder of more than three dozen patents including key processing technologies that enabled the return of semiconductor manufacturing to the U.S. in the 1990s. Rodel (now Dow Electronic Materials) is currently the global leader in high-precision planarization technology for semiconductors, silicon wafers and storage media substrates.

Bill is also a founder of the Rodel Foundations. He continues to serve on various non-profit boards including the several Rodel Foundations, the Aspen Institute Executive Committee (where he chairs the Seminars and Socrates Programs), Third Way and the Brookings Institute Governance Studies. Bill served as a founding trustee for the Democratic Leadership Council, the Democracy Alliance, and the Breakthrough Institute.

Bill served as a panelist on Talk of the Nation and as a guest lecturer at several universities including MIT and Harvard. His writings have appeared in various law journals as well as trade and public policy magazines. He drafted much of the American Inventors Protection Act signed into law in 1999 and has testified on patent, trade and labor law reform before various committees of the House and Senate.

Bill has won numerous awards including Legendary CEO and the Henry Crown Leadership award. Bill also founded and chairs the Aspen Institute’s Rodel Fellowships in Public Leadership which provides two year fellowships for top-level Democratic and Republican state elected officials to encourage them to transition from politicians to statesmen.

Most of Bill’s time now is spent on public policy issues around corporate citizenship, clean energy, and helping lead the Rodel Foundations in their mission to improve pre-K through grade 12 public education. The Rodel Foundation’s work in Delaware helped that state win the Federal Education Department’s Race to the Top competition.