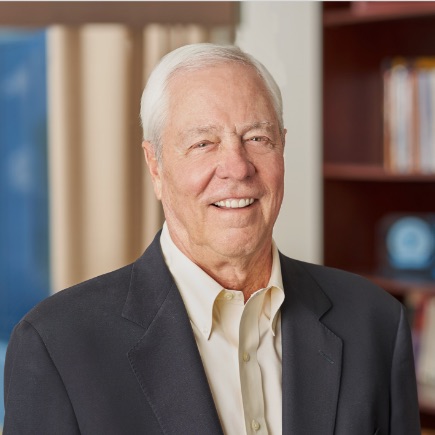 As one of the founders of the Rodel Foundations, Don serves as the chairman of the board of directors of Rodel Arizona as well as a board member for Rodel Delaware. He is also Founding Director and former Chairman of Science Foundation Arizona, founding Chairman of College Success Arizona, a founding board member of Tucson Values Teachers, Emeritus Board Member of Stand for Children and currently serves on the board of BASIS Charter Schools. He is a member of Greater Phoenix Leadership, Southern Arizona Leadership Council, and the O’Connor Institute Advisory Group. Don is also a Lifetime Member of the Arizona State University President’s Club and as well as a Trustee of ASU.

Don has been recognized as a “Distinguished Associate” by the Morrison Institute for Public Policy. The O’Connor House presented him with their Community Leadership Award and he was recognized by Teach for America as a “Homeroom Hero.” Children’s Action Alliance honored him with the Horace Steel Child Advocacy award; he also received a child advocacy award from the New Directions Institute.

The University of Arizona College of Engineering recognized Don for “Distinguished Service” while Northern Arizona University awarded him an honorary doctorate in Humane Letters and the Arizona Board of Regents presented him with an award for “Outstanding Achievement in Higher Education.”