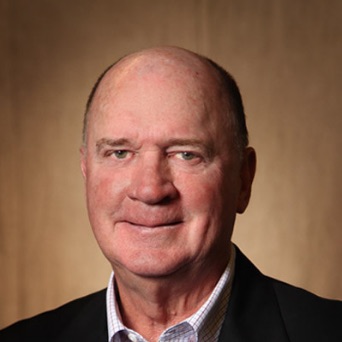 Louis A. (Chip) Weil III is the retired chairman, president and chief executive officer of Central Newspapers, Inc. He also served on the board of directors of CNI and as a trustee of the Eugene C. Pulliam Trust.

After three years of active duty as a Naval Officer serving in Asmara, Eritrea and Ethiopia, Chip started his newspaper career in 1966 at the Port Huron, Mich., Times Herald. In 1968 he joined the Lafayette, Indiana, Journal & Courier, later becoming its publisher. After the newspaper’s purchase by Gannett, he served in several positions with the company including: chairman and publisher of the daily Westchester Rockland, NY, Newspapers; senior vice president, planning and development of Gannett; and president and publisher, the Detroit News. In 1989 he left Gannett to become the U.S. publisher of Time Magazine for two years. In 1991, he returned to the newspaper business as publisher and chief executive officer of Phoenix Newspapers, Inc., publishers of The Arizona Republic and The Phoenix Gazette. He was named president and chief executive officer of the parent company, Central Newspapers, Inc. in January 1996, and served in that capacity until the company was sold in August 2000.

Mr. Weil is a native of Grand Rapids, Mich., and graduated from Indiana University with a B.A. in English. He has received two honorary Doctor of Letters degrees from Mercy College and Grand Valley State University. He is married to the former Daryl Goss, and has three grown sons: Scott, Chris, and Tim.